A survey of UK academics indicates that the true value of research is overlooked by traditional impact measurement, which largely ignores the importance social media can have in informing people of progress.

The evaluation of a person’s scientific achievements usually involves the calculation of impact. This measure takes into account the influence that certain results have on other studies, for example. But most research audits don’t account for all the ways scientific work leaves an imprint. Seeking to help address this issue, Katy Jordan of the University of Cambridge, UK, has now studied how researchers use social media to communicate their work and how they perceive the impact of these efforts. [1]. Jordan hopes the results will help universities improve assessments of the legacy of a researcher’s work and help universities update social media training, which is now common in many institutions.

Researchers often have to demonstrate the impact of their work to obtain promotions or to obtain funding. When attempting to report on the impact of a given result, official assessments typically use metrics such as where a result was published and how many citations it has accumulated over a given time period. But these measures only take into account the publication side of the importance of a discovery, neglecting the other forms of scientific influence and societal impact of a result.

Traditional measurements also ignore the influence of a work during its development, instead focusing only on the end results of a project. But Jordan notes that scientists often report preliminary results in hopes of getting community feedback, creating impactful feedback loops that can lead to change in the course of a project. “[Scientific dissemination] is a two-way street, with academics sharing milestones along the way and then drawing on the expertise of the wider community to take the next steps,” says Jordan. “It’s much more dynamic than the one-way flow [assessment bodies] consider.”

For his study, Jordan analyzed the responses of 107 academics to a social media use survey that asked participants to describe their most impactful research-related social media interactions. While most participants were based in the UK, institutions from 15 different countries were represented among survey participants, who ranged from postgraduates to full professors.

In survey responses, researchers described the use of social media to test project ideas, report interim results, collect information and data, and advertise for research participants. Specific online encounters included tweets that led to article requests, posts that sparked new scholarly collaborations, and blogs that produced invitations to give public talks or participate in panel discussions. In one instance, a respondent said that a social media interaction led to a senior official from the UK Cabinet Office, a government decision-making body, visiting the respondent’s establishment to explore how the work there carried out could inform and shape policy.

These interactions influence and benefit society in many ways, says Jordan. But they have no impact according to current measurements. To address this issue, Jordan believes that evaluations should broaden their scope to consider not only the results of a project, but also its interactions throughout the life of a project. “This is not a call for more ambiguity about what impact is, but for more openness about what researchers are achieving,” she says.

This possibility is particularly well illustrated by one of Jordan’s favorite survey responses, which involved a blog. An academic relayed the writing of an article about their work, which dealt with a specific historical event (the identification of the event was withheld for reasons of confidentiality). With the help of blog readers, this person was able to share information and photos with the descendants of those involved in the event. The person was also able to find other related images and get new details about what happened.

This result is clearly important for everyone involved, says Jordan, but it hasn’t officially generated an impact. “There’s a lot to be said for asking universities to demonstrate their value to society at large, but maybe it’s time to rethink how we measure this. [impact].”

“The study demonstrates that there are a range of benefits to be gained from social media presence,” says Marta Wróblewska, a social science researcher at SWPS University of Social Sciences and Humanities in Poland. She is particularly impressed with how strategic many survey respondents are about their use of social media. “They seem to know very well what results can be achieved through the [different] platforms in terms of sourcing knowledge, sharing their work or finding research participants,” says Wróblewska. 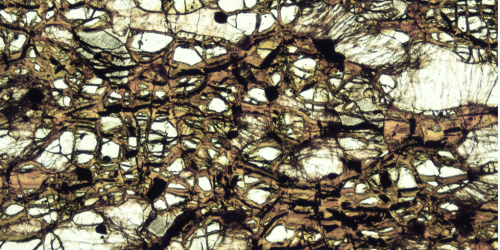